June 2015; England: England’s Atlantic Links  has launched a ‘Golf & Rosamunde Pilcher Heritage Tours’ for 2015 following growing interest from the German market for holidays in the south west of the England. 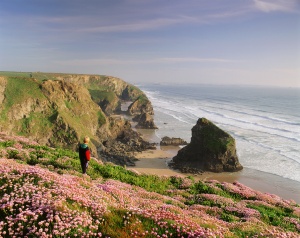 The unique packages combine a few rounds of golf at five best links courses in the region with visits to some of the key locations in Cornwall and Devon that have featured in Pilcher’s romantic novels.

Thanks to national TV station, ZDF, Pilcher’s books are especially popular in Germany and over the last 20 years has produced more than 100 of her stories for TV. The programmes have become one of the channel’s most successful ever series and turned Pilcher into a household name in Germany where Sunday night is often referred to as ‘Rosamunde Pilcher Night’ with over six million Germans regularly tuning in to one of her dramas since 1993.

Born in Lelant, Cornwall, Pilcher has featured many of the county’s landmarks in her books including the bustling fishing port of Padstow, nearby Prideaux Palace, an Elizabethan Manor with extensive grounds, Pencarrow House near Wadebridge, the atmospheric Bodmin Moor, the picturesque St Michael’s Mount as well as the popular tourist towns of St Ives, Newquay, Mevagissey and Bude. 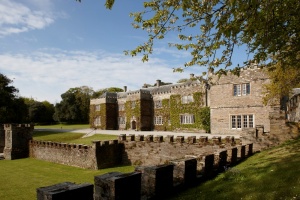 Each show typically contains long stretches of scenic footage, dramatic fly-overs of the cliffs at Bedruthan Steps and sun-drenched moorlands that satisfy the German fascination for grand landscapes and nostalgic longing for a more traditional world.

Coupling golf with visits to Pilcher landmarks is ideal for couples as well as families, given the appeal the series has for family viewing.

Together with Countrywide Golf Holidays, the Atlantic Links have created a number of packages that include golf at St Enodoc and Trevose as well as the Devon courses of Saunton and Royal North Devon and trips to Prideaux Place and Padstow.

On the way in or out of the south west, golfers also have the option of playing the Atlantic Links’ Somerset course, Burnham & Berrow.

“For many years now, we have enjoyed seeing a great deal of Germans flock down the south west thanks to Rosamunde Pilcher. With our new Heritage Tours we are hoping to now see golfers combining their love of championship links with romantic forays to some of the Pilcher set locations,” comments Tuck Clagett, manager at St Enodoc Golf Club.

The ‘Golf & Rosamunde Pilcher Heritage Tours’ will include: