Off the Course in Somerset 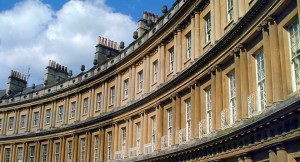 Somerset, the gateway to the West Country, is a country full of contrasts with bustling historic towns and tranquil villages, glorious gardens, stunning coastline, glorious sandy beaches and beautiful, unspoilt countryside as well as plenty of history.

Breathtaking views include the famous Cheddar Gorge and its caves whilst Glastonbury, which is home to the Glastonbury Tor (or hill) which features the roofless St Michael’s Tower that forms an iconic part of the local landscape, enjoys a truly mystical atmosphere and hosts and annual music festival, known the world over.

The world heritage site of Bath enveloped by stunning countryside is one of England’s most beautiful destinations. A unique city with its Roman baths, hot springs, Abbey and Georgian stone crescents, Bath has been attracting visitors for centuries.

Somerset is also home to part of Exmoor National Park and three areas of Outstanding Natural Beauty – the Quantock Hills, the Blackdown Hills and the Mendip Hills. A large producer of cider, the landscape is dotted with cider orchards and traditional farms.